Getting excited about the unknown

2013 was as eventful a year as I can remember. We sold our apartment in Brooklyn and bought a house in Westchester. We added a new member to our family, Oliver, in June and moved the whole family up north 3 weeks later to the first house I’ve ever lived in. In November, I left Foursquare after 4 years and spent the last month and a half of the year hanging with the kids and having a wide variety of conversations with people exploring different possibilities for what may lie ahead.

Last year I wrote out my goals and they broadly fell under the umbrella of Living Better — physically, intellectually, creatively and emotionally. Overall I did just ok (ps: scores below map to Google’s OKR — Objectives and Key Results — grading process which you can, and should, learn more about here.
- Physically (0.1) Unfortunately this was the one I was least successful at and it’s absolutely the most important one. It was an incredibly hectic year and while I successfully curbed my alcohol consumption, I slipped into lazy habits when it came to eating and exercising and my weight and overall fitness (both physical and mental) reflect that. For myself and my family this is my #1 priority heading into 2014.
- Intellectually (0.6) My broad goal was to cut down on my time spent consuming negligibly valuable information via the multitude of never-ending streams out there with the hope that it would clear the way for a different kind of “slow” consumption. Frank Bruni does a good job of articulating why I value wanting to make this tradeoff. I feel pretty good about where I ended up.
- Creatively (0.5) I wanted to start writing more and taking more photos with my “real” camera. Writing was just something that I seldom felt like I had the mental space for after everything else so I fell way short here. Taking photos with my camera, on the other hand, became a regular activity for me and I expect that to only get stronger this coming year as I’m starting to find my groove with the new Fuji X100S I picked up this Fall. Giddy-up!
- Emotionally (0.6) This one was just about being present and more deliberate about how I spend my time. I definitely made some improvements here over the course of the past year and I plan on taking the little break I’ve got now as an opportunity to reset and establish new habits across the board, with focus and presence being a big part of them.

Setting some goals for 2014

Overall, I only feel like I did OK on the goals I laid out for myself in 2013 but do feel like I was able to establish some new micro habits that I plan to build on going forward.

As I look to 2014, the things I want to do to live the way that will make me happy haven’t changed a ton. I’ll just be in a better position to execute on them:

- Sleep better. It’s never going to be easy with 2 kids but I can do much better here and I firmly believe that getting adequate sleep is the lynchpin to making a dent in *all my goals* (Goal: get in bed at 10:30 5 nights a week)
- Be in better shape. Work out at least 4 days a week — run, row, lift weights, whatever. (Goal: 200 workouts)
- Lose Weight. Currently 230lbs (blergh). Get under 210lbs (and stay there). This will obviously be a combination of diet and exercise. (Goal: lose 20 lbs)
- Read more books. Continue to refine the amount of people I follow and content I consume online and chip away at that long list of books I want to read. (Goal: 20 books)
- Go deep in a couple of new areas of interest. After spending 7 of the last 10 years deep in mobile, local and social, I’d like to get intimate with a few new areas/spaces. Right now BluetoothLE/iBeacon, the next generation of health + fitness tech, apps for kids are the leading contenders for me.
- Write more regularly. Write at least 1 blog post a week. (Goal: 60 posts)
- Be more ruthless about how I spend my time. As the only truly limited resource I have, I plan on being much more selective about how I spend my time, which will mean saying no a lot more and not feeling bad about it.

I plan on tracking all these using a combination of the following: Day One, RunKeeper, Lift, Tumblr, and my trusty WiThings Scale.

Having the first break in my life in as long as I can remember, I don’t have a clear picture of what the year ahead will hold and that’s what makes it so exciting. Let’s go! 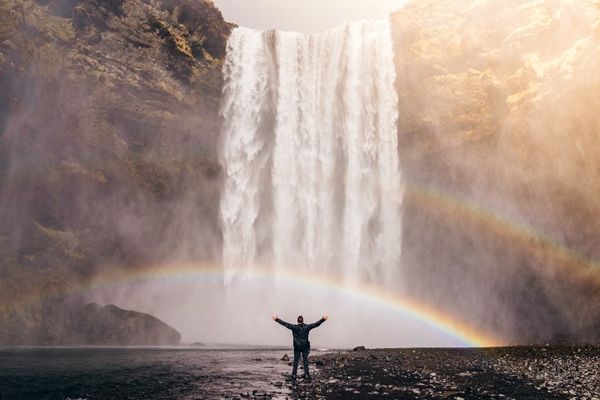